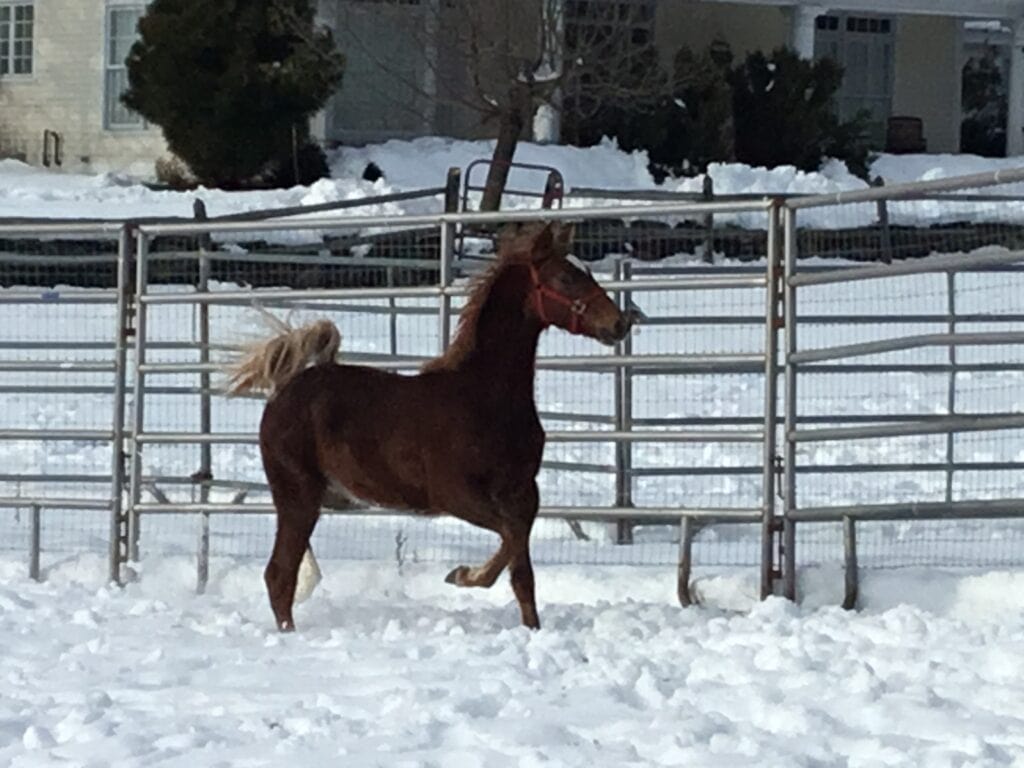 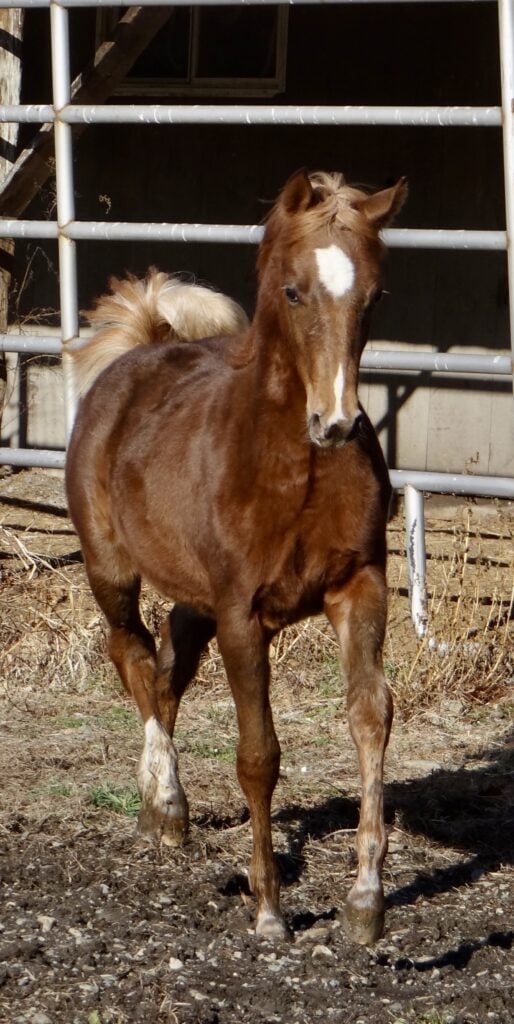 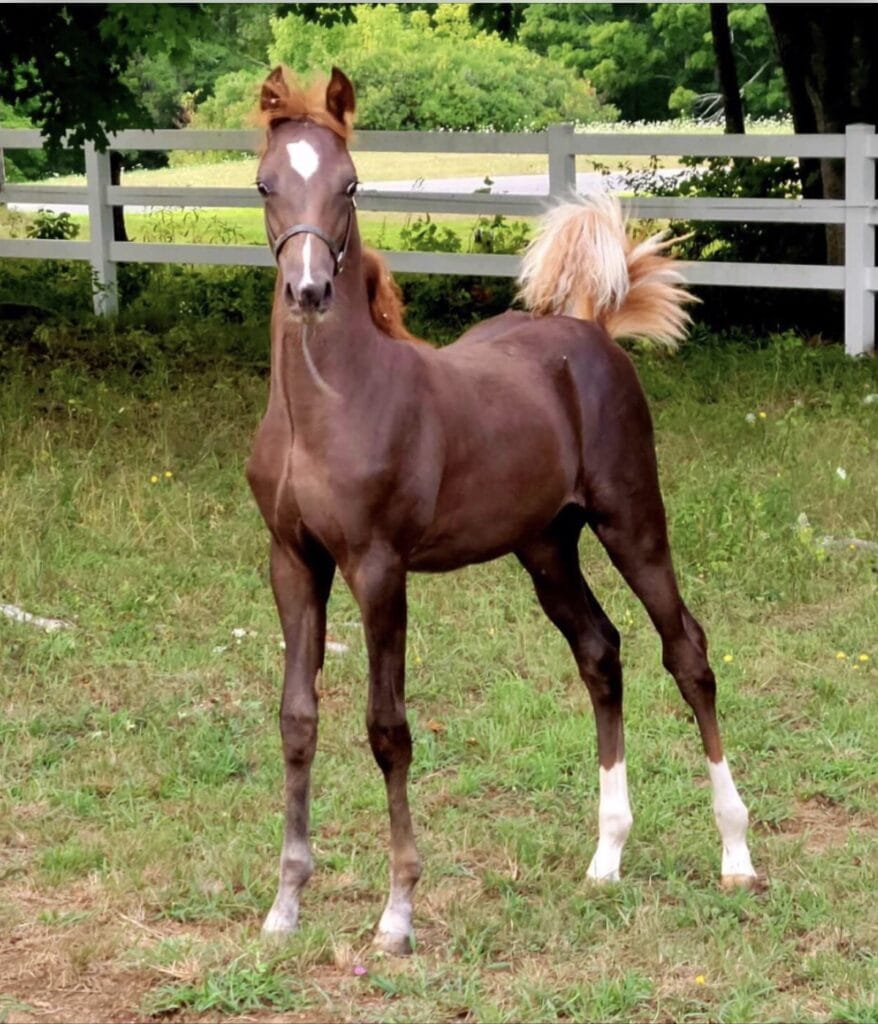 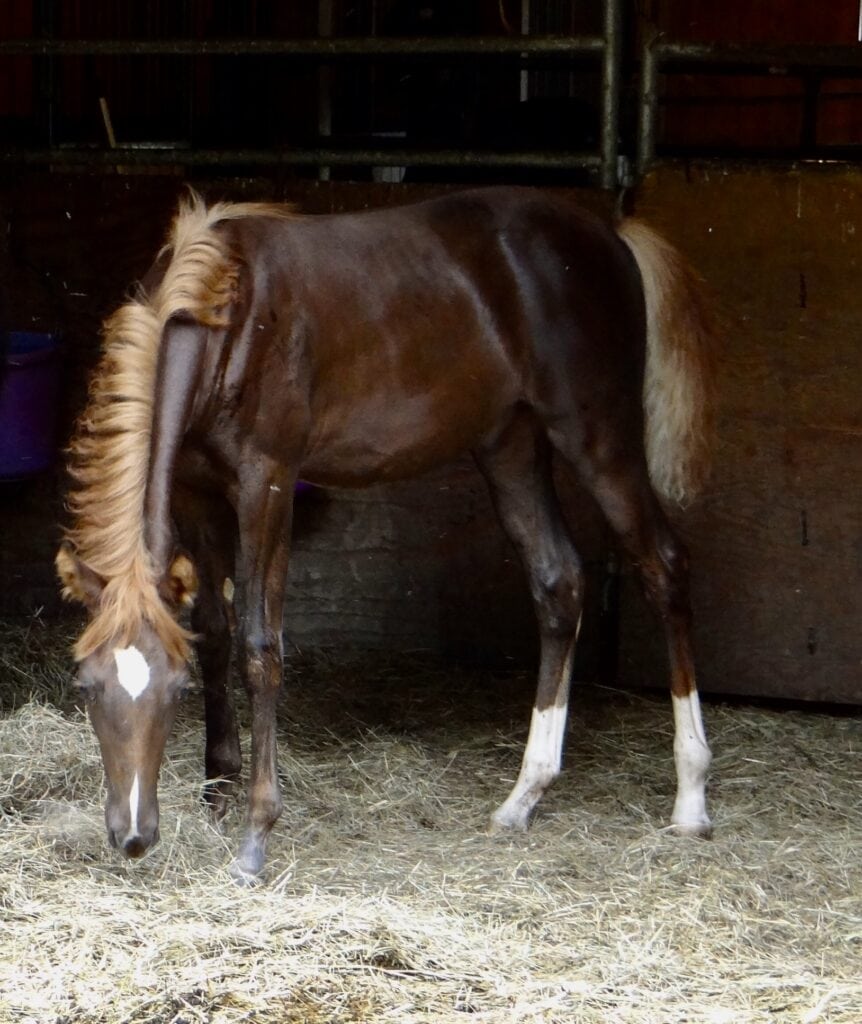 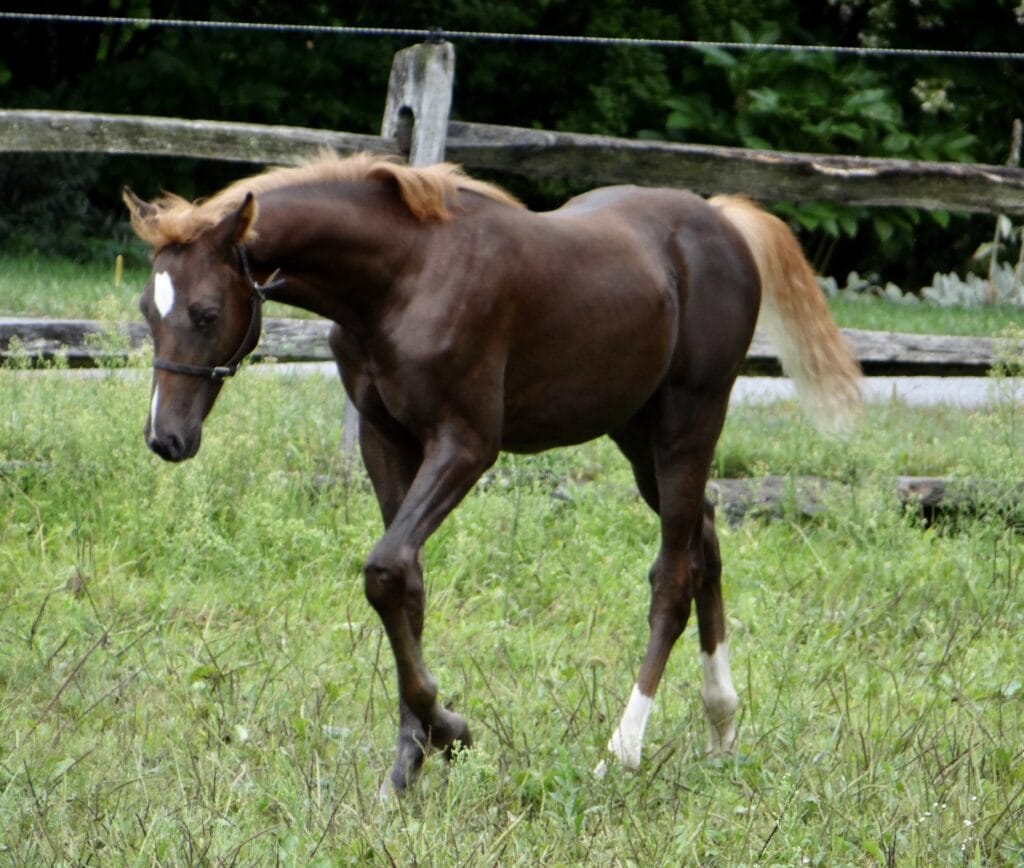 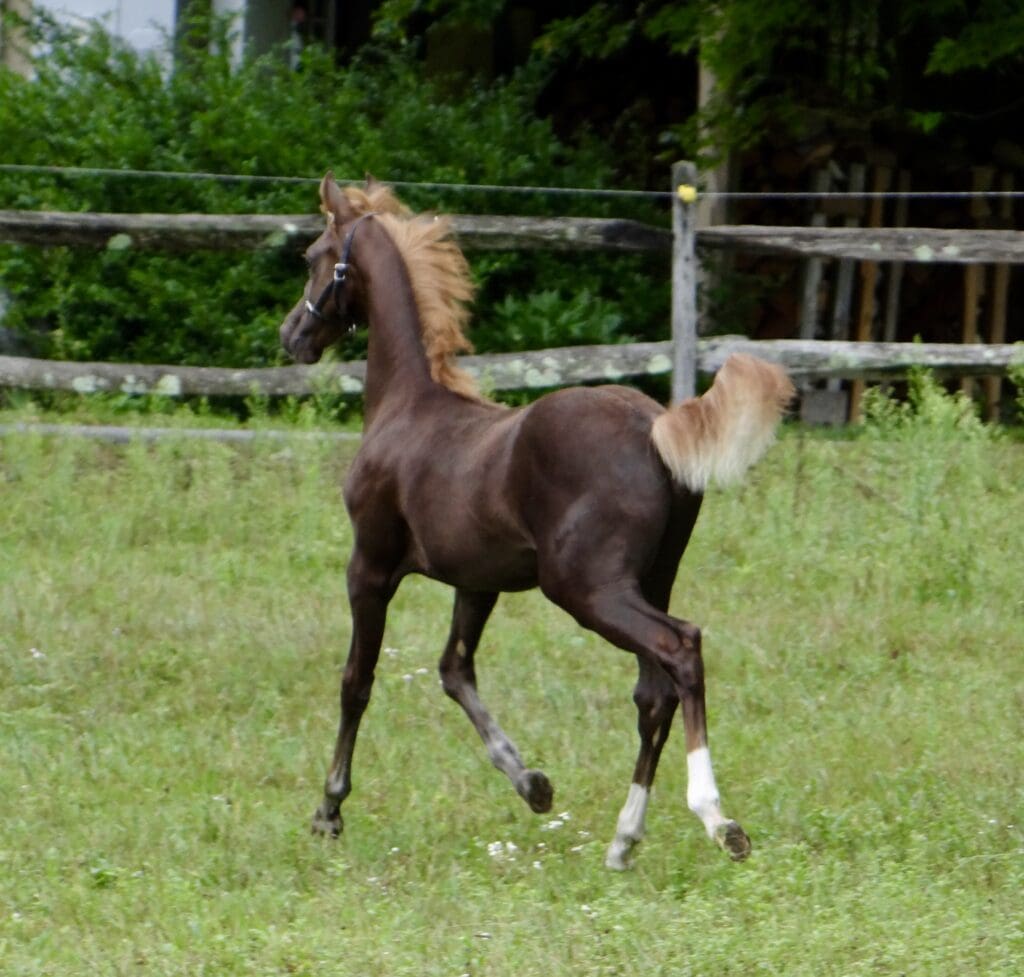 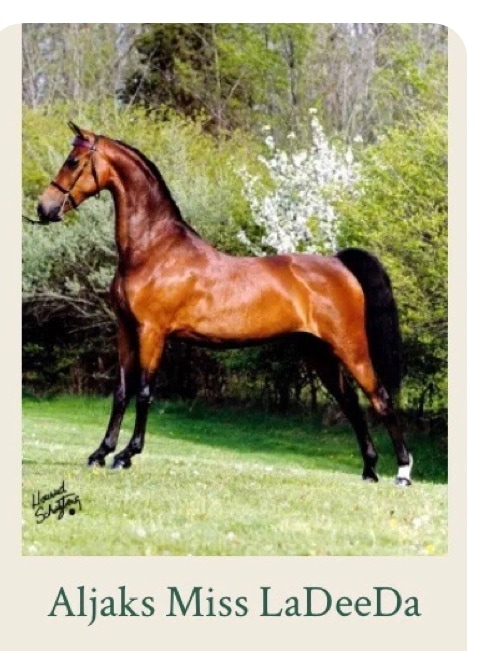 His sire is the beautiful Minion Millenium son, DWS Lumiere, who is now a fancy gelding on the cusp of what will surely be a successful show career. Lumiere is out of the WC producer Candelabra, who is also the dam of WC CBMF Burn Notice GCH.

MINUTEMAN is a fancy chestnut with a beautiful flaxen mane and tail, with a gorgeous head and eye and those sharp, small ears we all love. He is clean thru the throat, long necked and smooth bodied.