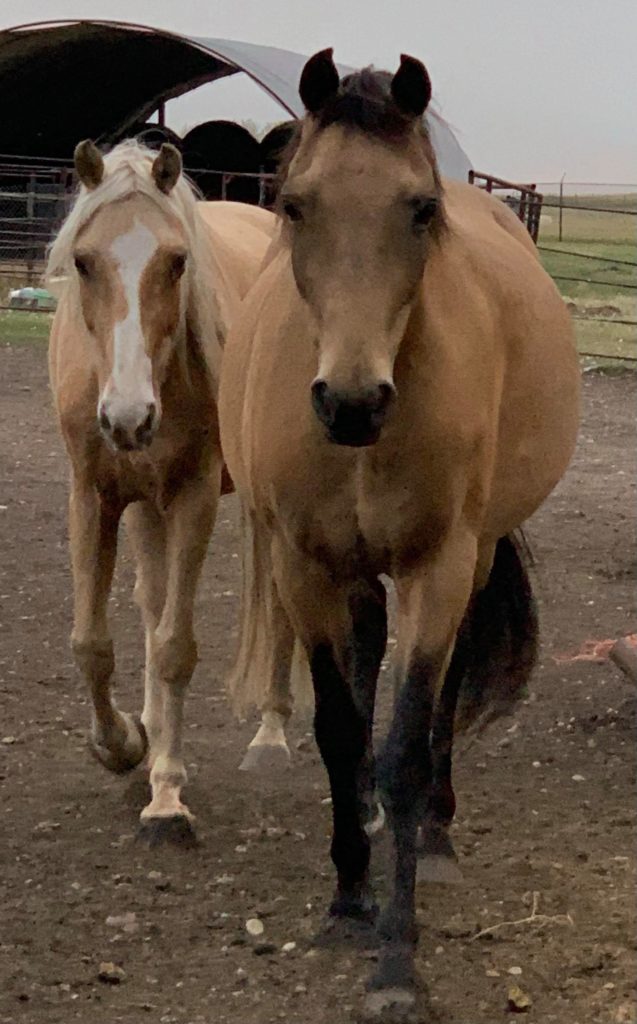 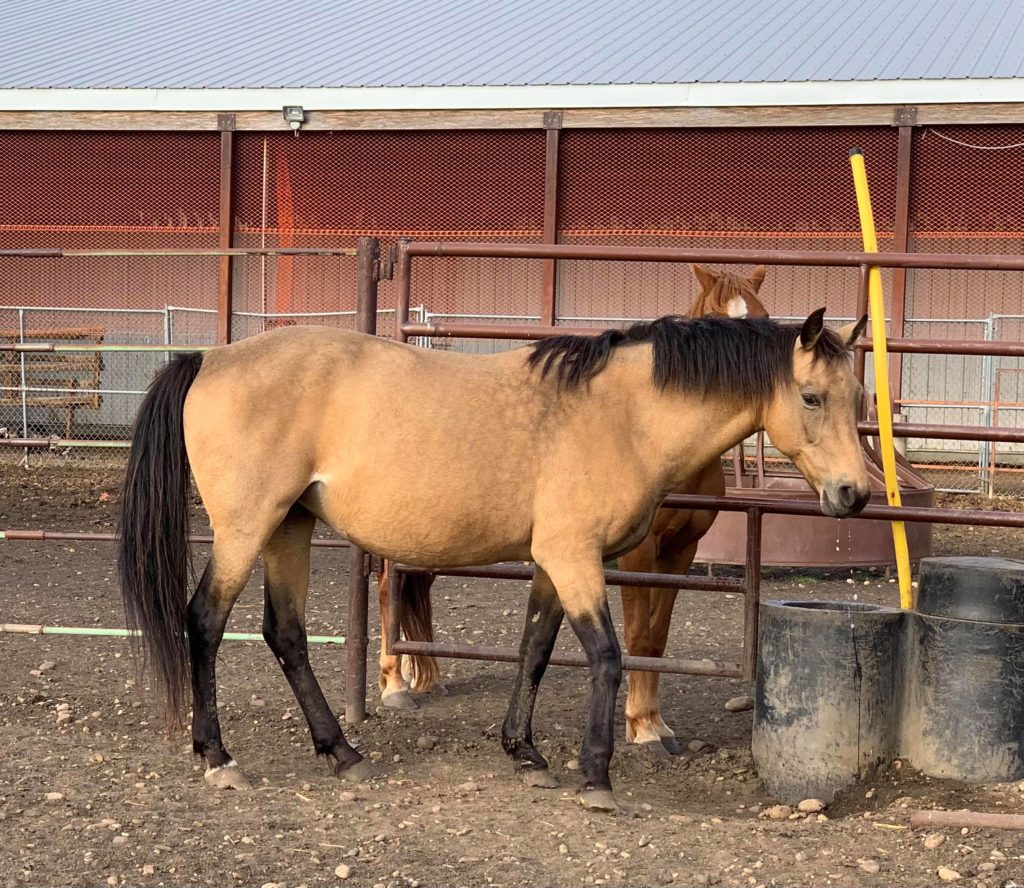 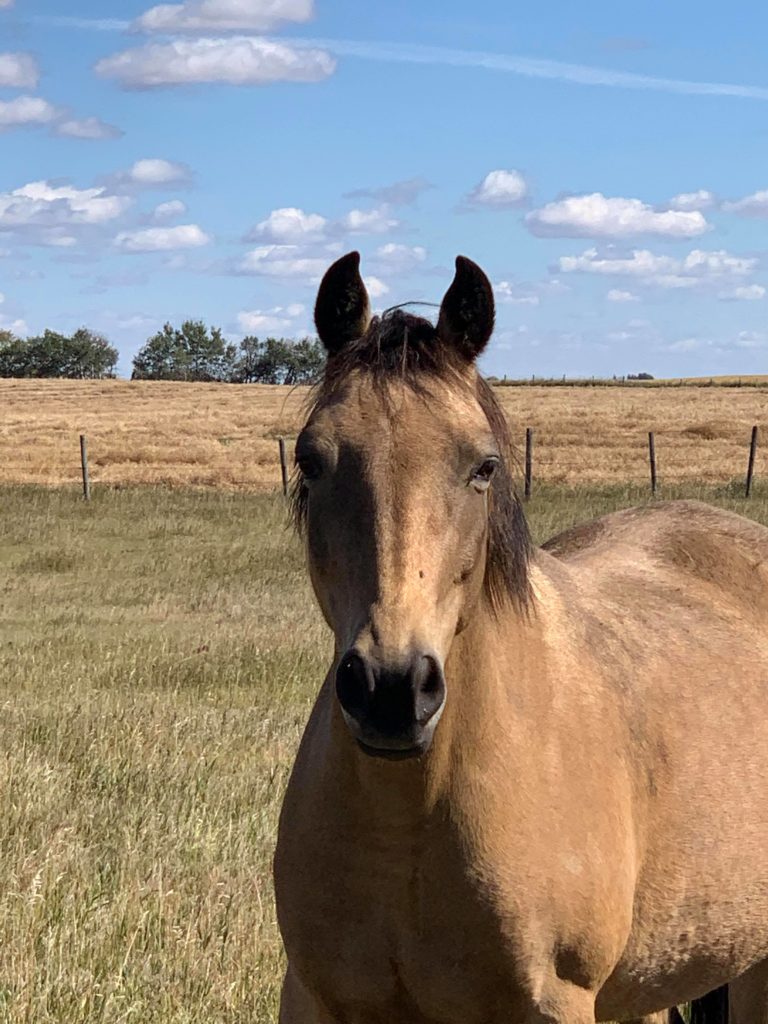 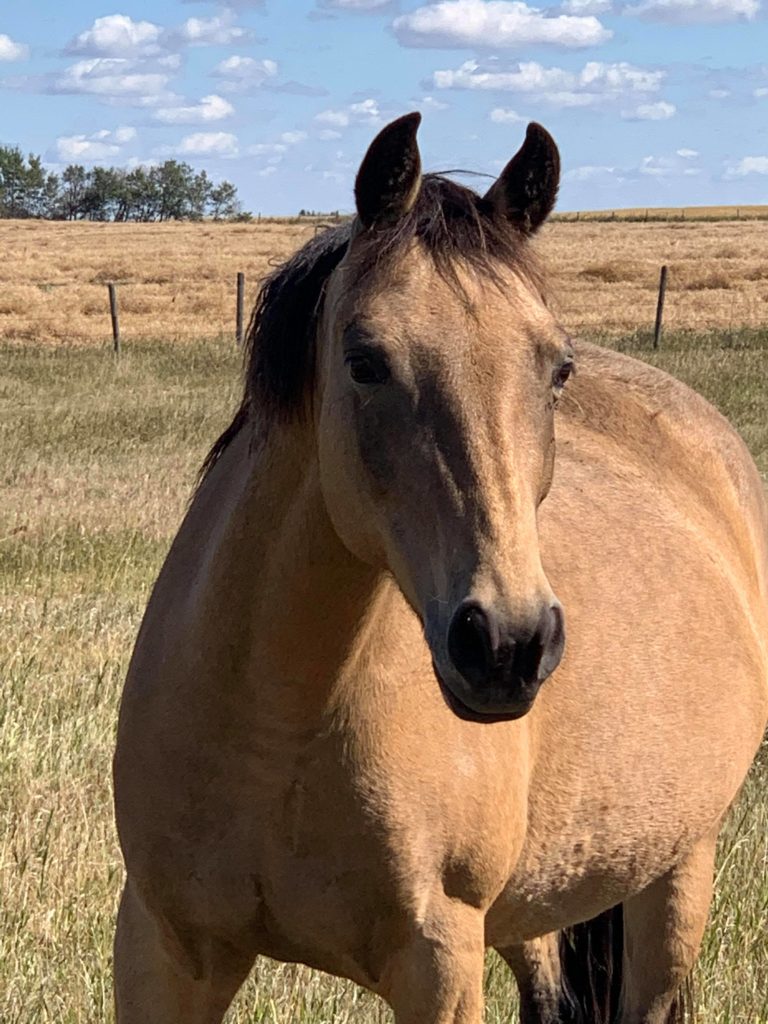 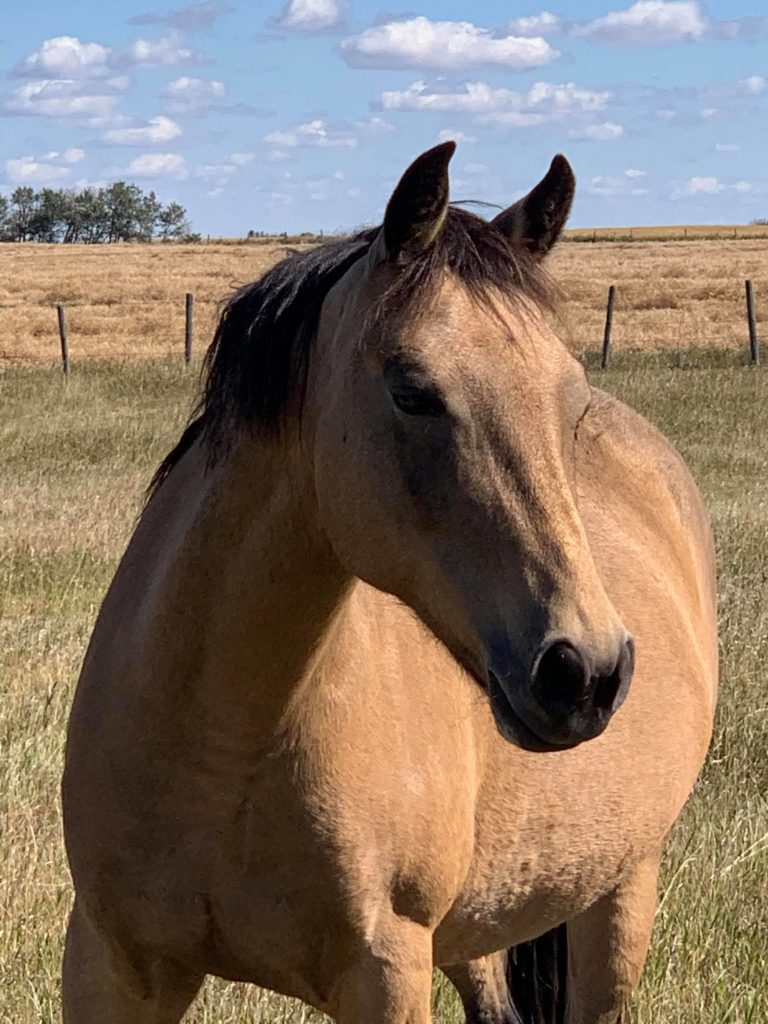 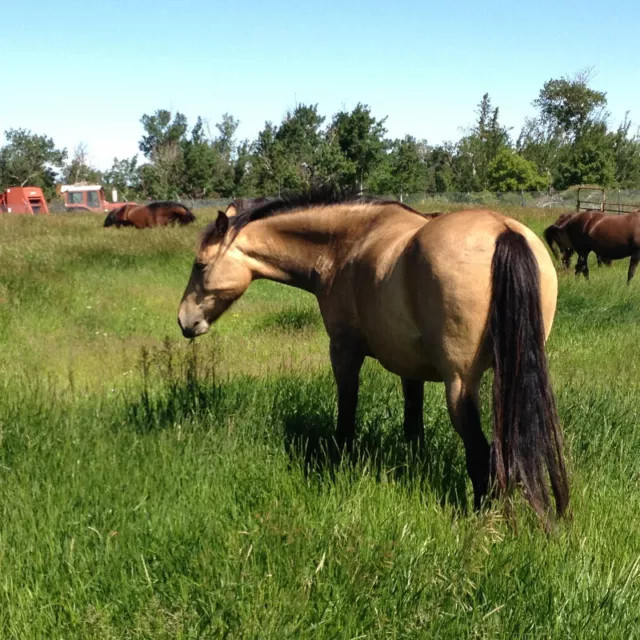 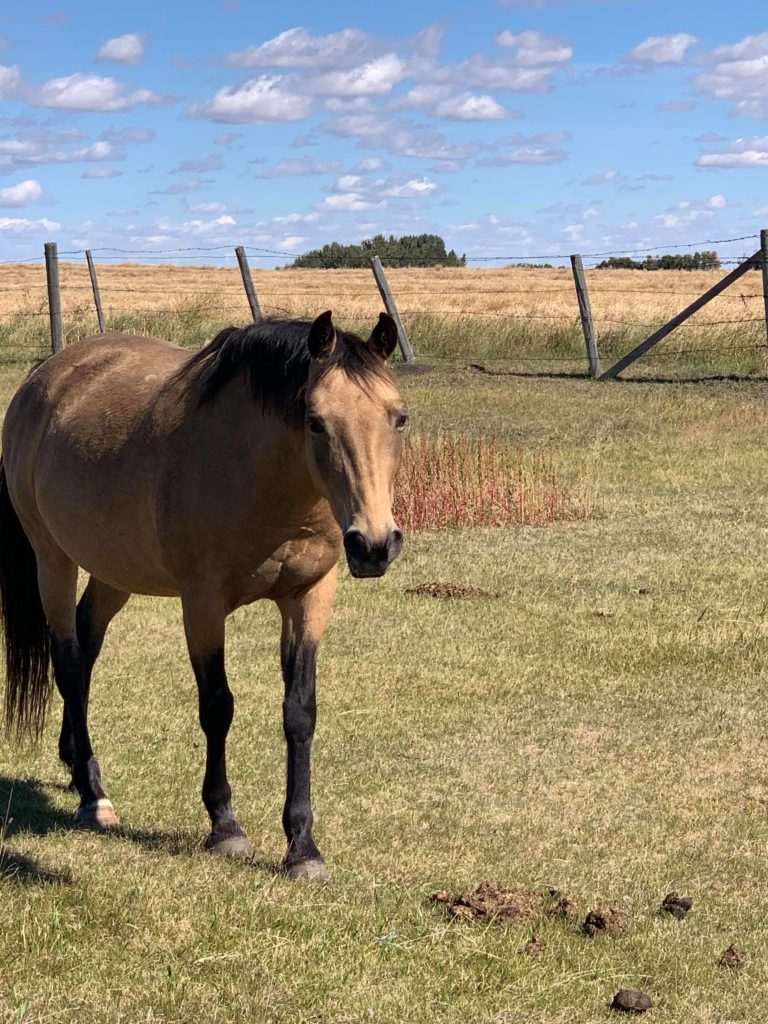 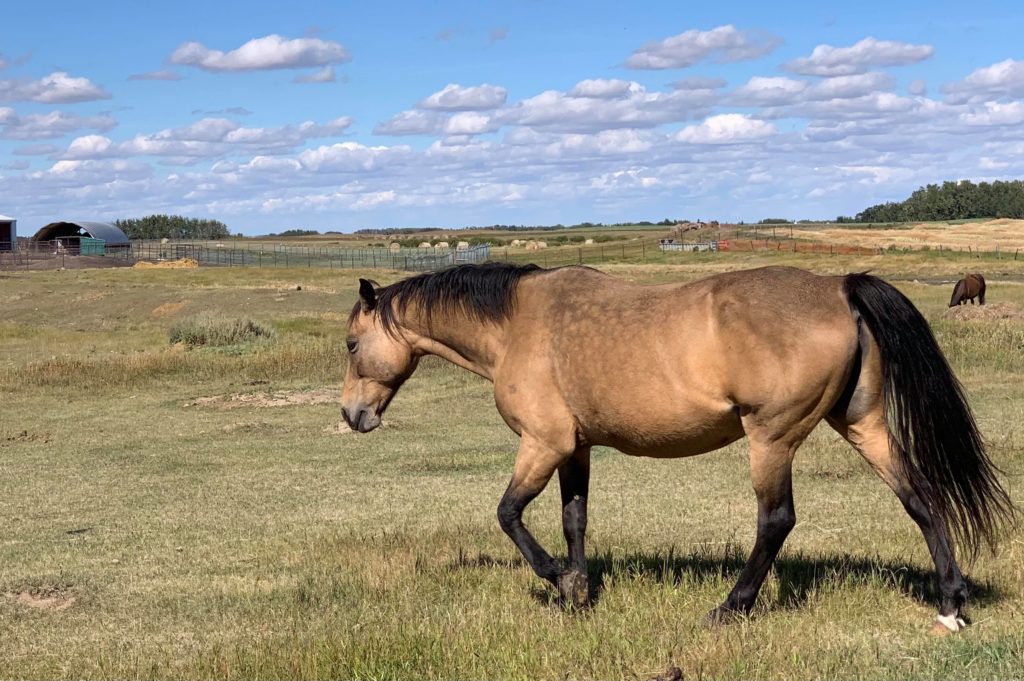 Excellent broodmare prospect, would make a nice pleasure or show mare with training
Cinnamon is a clear coat golden buckskin ‘08 model who has had all groundwork done years ago (up to point of backing). She is easy to catch, load, work with. Never bred - great bloodlines and color gene to breed on... 15- 15:1 approx. Should make an outstanding broodmare whose mare line grandsire is Baptiste Chey Tre Pal. Pretty mare, great personality - make a super nice mare who will also breed strong.

" Cinnamon can travel with a pasture mate from Rosalind Alberta to Ontario at the end of April.  We have that transport cost if you want to purchase Cinnamon and bring her east in April!  "